Dancing With Dog Toys In 2015 On Pain Pills

Let’s face it, while dancing is great exercise, it’s not much fun alone. However, dancing with dog toys is great fun and good exercise for balance. I do it about 30 minutes each morning – that’s around 3,500 steps on my phone’s step counter!

Plus, I start my day feeling good. You can dance outdoors or inside – even in your kitchen or living room. You don’t even need a dog (but dancing is more fun with a friend!)

If you are under the care of a medical professional show them this video (below) before beginning. I am 68 years old and I used a cane to walk for over 15 years. I have had 7 surgeries for nerve decompression from an inherited form of polyneuropathy. I don’t have normal feeling in my feet or hands. I also have severe spinal stenosis. Dancing with dog toys really helps my pain. It’s great for both exercise and improving balance.

Like millions of other people I am a chronic pain patient. I was prescribed opioid pain pills for over 15 years with no problems. Now, I have been off pain pills over 4 years and gained 25 pounds! I am weaker and no longer able to work. These videos are the proof. Pain pills were miracle drugs for me. It’s sad watching the videos from 2015, when I was on opioid pain pills, and 2019, after being off medications for three years. I’m a lot slower. But, Dancing with Dog Toys still helps me deal with my pain and my balance.

The war on opioids has also been a war on chronic pain and cancer patients. Thousands of patients in pain have killed themselves either intentionally or by accidentally overdosing on illegal street Heroin or Fentanyl which they turn to for pain relief after being cut off from their doctor’s prescriptions. This war is destroying trust between doctors and their patients.
In the next few years we will be reading of new research that changes what we now want to believe about chronic pain and opioids. Pain medicines save lives.

Mother Nature is always making more chronic pain patients everyday with accidents, diseases and cancer. You, or someone you love, may be the next patient. Shouldn’t we have access to real pain relief? Think about it … and don’t forget to dance! 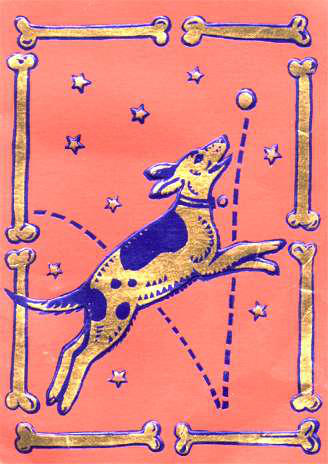 A few years ago I was stumbling, my balance was lousy. My doctor sent me to a physical therapist who helped me a lot. However, the first couple of sessions were really depressing. I had to step inside a bunch of little square boxes and I failed miserably!

One night I was very frustrated. I love the outdoors and I feared that my hiking days with my dog would be over. Then, I heard a squeak. It was my dog chewing on one of his plastic squeaker toys. My dog has a bunch of toys because Rite Aid sells them two for a dollar. I have to step over them around the house.

I grabbed a handful of his plastic squeaker toys and spread them out on the kitchen floor. Using my cane, I began to step around them. I spread them out in irregular patterns – like real obstacles. The silliness of it made me laugh. It was fun – and challenging. I did boxing as a youth and that gave me ideas for my footwork.

At first I stepped on the squeaker toys almost every time! But, pretty soon I was able to move around them – and then to dance! I started with six dog toys on the kitchen floor. Now I have about 30 dog toys in my backyard (total cost $15). After about a year of dancing with dog toys I no longer needed a cane for most walks.

An Exercise For the Real World

Dancing with dog toys is a good, fun exercise for walking in the real world. That means stepping AROUND obstacles like potholes, broken glass and dog poop. Often we don’t see these until we are about to step in them. It retrained my legs and feet to move quickly to avoid some of life’s obstacles.

I like to put on some good music and simply start walking around and then, dancing. Start off with a slow tempo and build up to faster music and more complex steps. I usually do between 3,000 – 5,000 steps each morning. Ten minutes of dancing with dog toys is about 1,000 steps on a smart phone counter.

Please avoid becoming too overly confident like me – I badly sprained my ankle when doing it barefoot and also gave myself a painful case of plantar fasciitis! Now, I wear shoes and ankle supports. I’m a senior with an aging body, not a ballet dancer. We have to be careful doing any exercise. I also use KT athletic tape on my knees.

If you don’t want to exercise alone, then dance over to your local animal shelter and meet a furry forever friend who will be happy to have squeaker toys and go on walks with you. Thanks so much for watching!

Steve Williamson was born in 1951 and grew up in Lickskillet Louisiana. He loved to read as a youth, often disappearing for hours into the woods with his dog and books.  He worked railroad construction while at Louisiana State University. In 1975 he moved to Cottage Grove, Oregon.

In 1994, Steve founded the Opal Whiteley Memorial in Cottage Grove. Opal Whiteley was a best-selling nature writer in 1920 who grew up near Cottage Grove. Steve was later asked by the University of Oregon to assist in publishing Opal Whiteley’s best-selling diary online. He collected dozens of historical photographs of the people and places Opal wrote about. The UO graciously provided support for his work as research assistant through a courtesy appointment. You can view his photos and read the research at the website below.

For almost twenty years he has shown his historic photos and news articles at the Oregon Asian Celebration. Steve has written many articles on Oregon history. See his website: www.storiesbysteve.com

Steve worked for over 25 years with people who have autism and other psychiatric disabilities.  He has also been been an advocate for the Association For Retarded Citizens (ARC), and the Oregon Mental Health Association. Steve has also given trainings in abuse reporting and client rights. He had to quit work because of chronic pain. BUT, at least he can still dance with dog toys! 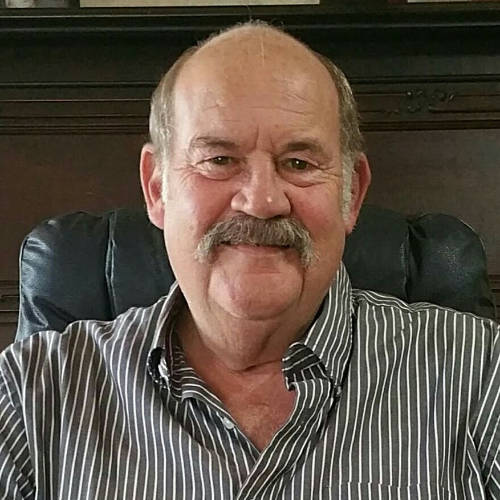